Since having our son, we tend not to do a big New Years Eve celebration.  We find a vantage point in the neighbourhood and see the fireworks the best we can at 9pm, then go home and let the boy fall asleep watching a movie or something… this year it was Mythbusters.

New Years Day is also quiet for us, but we’ll spend it doing something together, and this year we went flying kites. 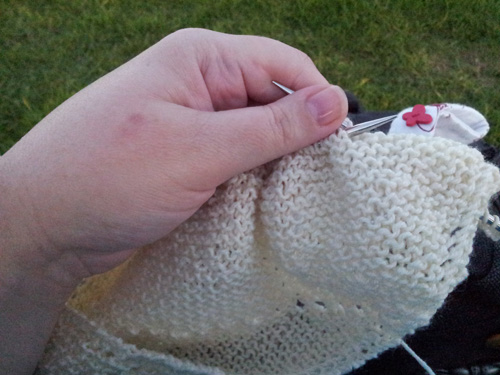 I knitted on my Line Break Shawl. 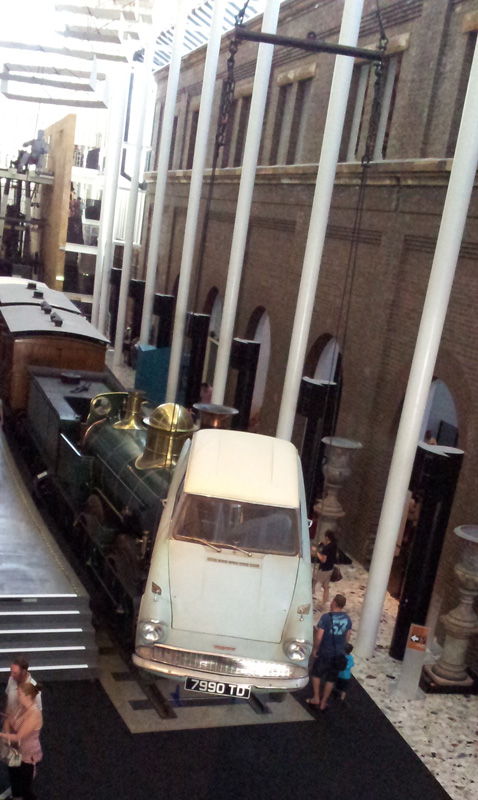 We were lucky to get a public holiday on the Monday after New Years Day this year, and we had a nice sleep in, but decided the afternoon needed to be spent out of the house.  So we trudged along to the Powerhouse Museum.  We knew the Harry Potter exhibit was on, so we were prepared for some extra traffic, but we weren’t prepared for 1/3 of the museum to be taken up by it, and about 1/4 of what was left was under construction.  Then there were the ginormous queues for the exhibit!  Not just outside, either…

We did head in to the exhibit shop, however.  In search of a button, pin or patch to put on my new bag.  NOT A ONE! No “flash” of any description!  There were tees, cloaks, ties, scarves, beanies, stickers, broomsticks, jelly beans, chocolate frogs, Hedwig keychains and bookmarks galore… Rather disappointed.

Also at the museum, is the Love Lace exhibit.  I was very excited about being able to go and see it.  I have to say that overall, I was expecting something else.  Some of the pieces there had me amazed, like this metal chain piece.  I think the definition of the term “lace” was greatly stretched.  The one yarny knitted piece was stunning, but I couldn’t take a photo of it.  Not because I wasn’t allowed to, but the lighting made it too hard with the way it was displayed (too many shadows – you really had to look really closely to see the lace). 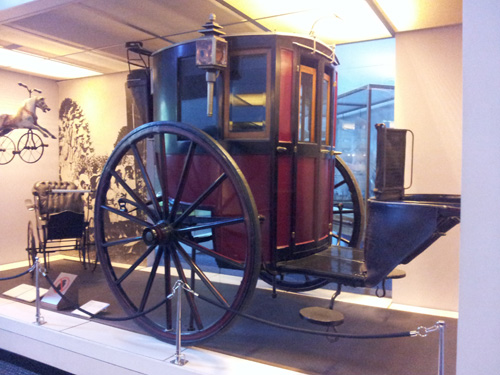 I had to take a photo of this cab.. mainly because now I can look at it and fantasise about riding in one. It’s so cool. 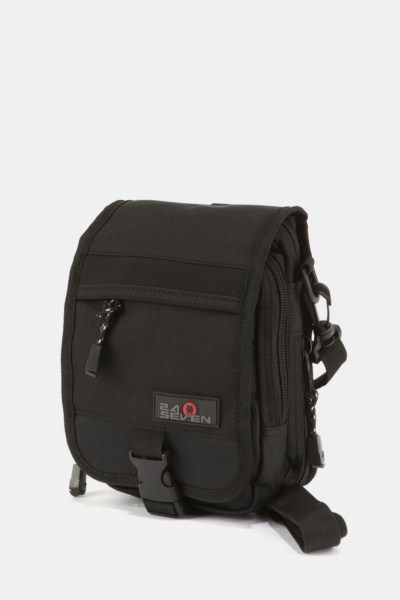 At the end of the day, we decided it was time to upgrade our son bag from a backpack.

He had been admiring my husband’s Bag of Holding, and my new bag (both messenger bags), and he decided he wanted a “Bag of Lightning”.  So we were off in search of said bag. But it seemed where our luck had failed on the Harry Potter bling, it was redeemed with finding a cool messenger bag for our boy. It’s about 1/3 the size of mine and polyester instead of canvas.  But it fits his medications, a sandwich and a couple of his smaller toys.  Where he used to palm off his backpack once he got sick of wearing it (or it made his back too hot), he just adores his messenger bag, and thinks it’s fun that he is old enough to have a bag just like his parents.  Now we just need to find a lightning bolt patch or badge for it.

So far, January has been fun, and I look forward to the rest of 2012 being just as wonderful!

One thought on “New Years Fun”