Well, a while ago (read April 2008), I dyed some yarn for a design called “Five Fruits” by my friend Amanda.  It is Cleckheaton Country 12 ply, of which I have LOADS of ‘white’ or ‘undyed’ due to sale bag buys and a big bag of ‘odd balls’ from the Wangaratta mill that my In-Laws brought home from one of their trips.  Dyeing it was absolutely necessary. This lot is done with … FOOD COLOURING! This was accomplished well before I started playing with acid dyes.  So the colour saturation (especially of the red) was a surprise.  But it had been languishing since 2008 in my stash.  Occasionally started into a baby garment, but never completed. 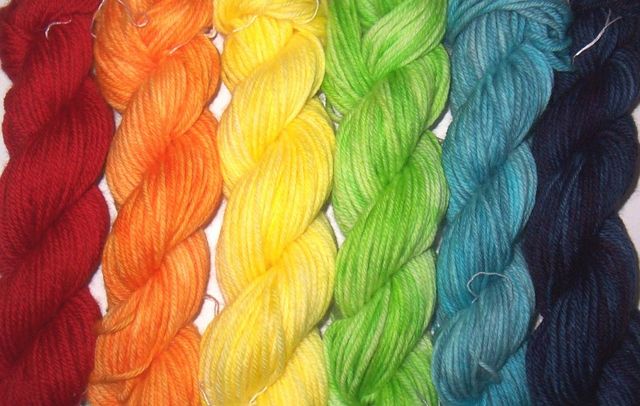 So on receiving an invitation to a Christening for a little girl, my thought turned immediately to this yarn and this pattern.  It’s the Tiered Baby Jacket / Coat pattern.  So very girly, but very toasty and thankfully written for a 12ply (bulky) yarn.

The actual knitting of the jacket did not take all that long, about 10 days.  But the finishing of the yarn (with the colour changes) etc took a bit longer.  My next dilemma was buttons.  The buttonholes were falling in different colours (and I didn’t want to do a picked up button band).  So my choices were:-

I opted for different buttons in different colours.  My MIL has a huge box full of vintage buttons, many of them one offs.  So I rummaged through and found four perfect buttons! 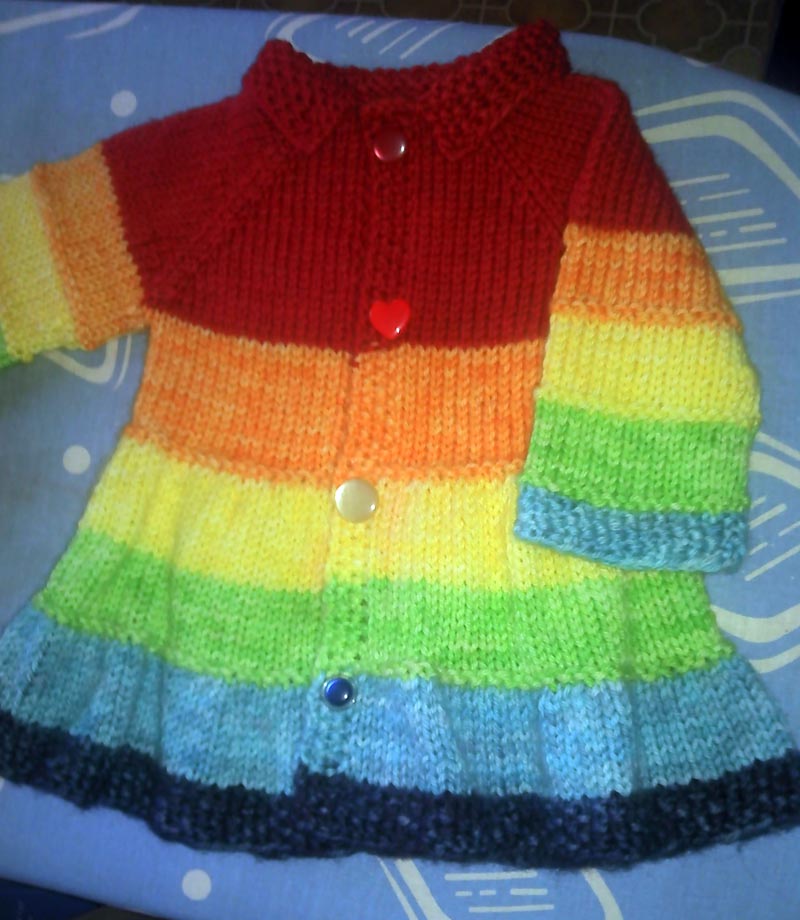 You’ll have to forgive my not so great photos, I will take better ones as soon as I can lift my arms above my head again (twisted my back this morning).

I’m really happy with how this jacket turned out.  Even though I have a four year old son, this is my first baby garment that isn’t a soaker (of which only two were ever knitted).  The collar had to be blocked separately to sit properly.

If I ever knit this again, the only thing I would do differently is to NOT do colour changes like this.  While the end effect is cute, it was a HUGE annoyance when weaving in the ends, especially in the sleeves.

All that is left to do is to reinforce the button band with some bias or webbing tape and to actually sew the buttons on. 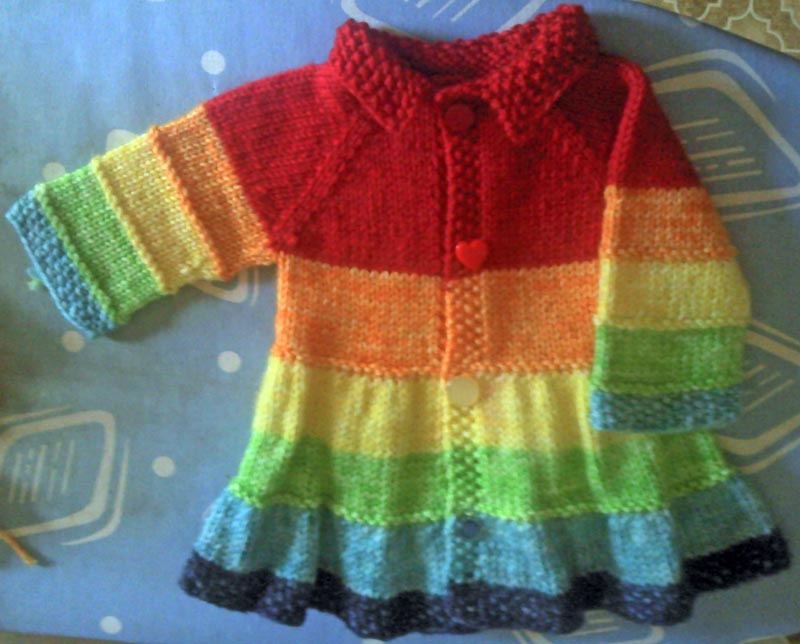